Here, we learn more about the 18 people in The Gaps Between Installation.

1. Sir Ludwig Guttmann (included by Prof Jane Caplan and Dr Gayle Lonergan – Historians - in their App trail on Refuge and Expulsion in Oxford)

Guttmann was a German-born British neurologist who established the Paralympic Games in England. The Jewish doctor, who had fled Nazi Germany just before the start of the Second World War, is considered to be one of the founding fathers of organized physical activities for people with a disability. He arrived with his wife Else Samuel Guttmann and two children, a son, Dennis and daughter, Eva aged 6 in Oxford, England, on 14 March 1939. Guttmann continued his spinal injury research at the Nuffield Department of Neurosurgery in the Radcliffe Infirmary.

Was Iris Murdoch a novelist who taught philosophy, or a philosopher who wrote novels? Her philosophy, like her fiction, is populated with the varied reality of moral life: mothers who find their daughters-in-law juvenile, concentration camp guards who are kindly fathers. This life is not illusory: a loving gaze can discern moral reality just as a good eye can appraise the length of a timber. Murdoch’s work remains a provocation, where goodness is real, and love is seeing aright.

Olive Gibbs (née Cox, 1918-1995) was born in Christ Church Model Dwellings on Osney Lane and sent across the road to St Thomas’s school at 2½, her parents having persuaded the headmistress that she was ‘a nuisance at home and needed discipline’. Later she became an active peace campaigner, chairman of CND and one of Oxford’s foremost local politicians, preventing most of Jericho from being demolished for slum clearance in the late 1960s.

Catherine, Bamba and Sophia Duleep Singh were the daughters of the deposed Maharajah Duleep Singh of the Punjab. Catherine and Sophia were both active suffragettes and studied at Somerville College (shown here in the image in 1890), at the same time as the leading Indian lawyer Cornelia Sorabji (1866-1954).

Networks of British Empire" explores the rich and complicated landscape of intercultural contact between Indians and Britons on British soil at the height of empire, as reflected in a range of literary writing, including poetry and life-writing. The book's four decade-based case studies, leading from 1870 and the opening of the Suez Canal, to the first years of the Great War, investigate from several different textual and cultural angles the central place of India in the British metropolitan imagination at this relatively early stage for Indian migration. Focusing on a range of remarkable Indian 'arrivants' -- scholars, poets, religious seekers, and political activists including Toru Dutt and Sarojini Naidu, Mohandas Gandhi and Rabindranath Tagore -- "Indian Arrivals" examines the take-up in the metropolis of the influences and ideas that accompanied their transcontinental movement, including concepts of the west and of cultural decadence, of urban modernity and of cosmopolitan exchange.

Duleep Singh Sisters - Visitors to the Pankhursts' Russell Square home in the 1880s included Dadabhai Naoroji, the first Indian to become an MP. Later Indian connections included Emmeline’s work with the prominent suffragettes Princesses Sophia and Catherine Duleep Singh, daughters of Maharaja Duleep Singh (last Maharaja of the Sikh empire in Punjab) and his first wife Bamba Müller. Sophia was also the god-daughter of Queen Victoria, and marched with Pankhurst to Parliament on 'Black Friday' in 1910.

Arts At The Old Fire Station and Modern Art Oxford present the first major exhibition of portraits by photographer Kazem Hakimi, taken in his fish and chip shop on Iffley Road. For two years, Hakimi has recorded his community by photographing the customers in his shop, and posing them against the same white wall. This collaborative two-venue exhibition showcases his passion for the city and its people.

The Cutteslowe Walls were built by a developer in 1934 to separate private residents on his new estate east of the Banbury Road from slum-clearance families housed on the adjoining council estate The two walls cut across the through roads and were seven feet high, topped by rotating iron spikes. There were several attempts to remove them, and they became famous nationally, but it was not until 1959 that they were finally demolished.

A ‘Voice Across Borders’ blog post on Merze Tate – Race and Resistance Programme at TORCH.

Richard Bruce Parkinson is from the north of England and is now Professor of Egyptology at the University of Oxford and the Queen’s College; he previously worked as a curator in the British Museum for over 20 years. He has also researched LGBTQ+ histories, and his work helped inspire the recent ‘Out in Oxford’ trail which includes museums objects from across Oxford’s collections

Marie Tidball is included in the newly commissioned University of Oxford Diversifying Portraiture project. Marie is a research associate in Oxford’s Centre for Criminology, a TORCH Knowledge Exchange Fellow and a disability rights campaigner. She has said ‘rendering diversity to be more visible in the places and spaces of Oxford reinforces the importance of its more central role in the University’s intellectual life.’

Based in Cowley centre, the vision for Ark T is a powerful one. We want to use creativity as a vehicle for personal development and social change. We believe that emotional resilience, empathy and kindness can change the world and we know participating in community and creativity are powerful tools for lasting impact, and work to directly reduce issues facing this area such as domestic violence and abuse, mental health, poverty and low aspirations.

“My body still doesn’t make much sense to me; but it has only been just under two years since I went into septic shock and suffered these injuries. I’ve spent my career exploring ancient Egyptian representations of the self and the disjunctions between what was traditional, normative, ideal, and what might have been seen as jarring, dissonant, and new. I am curious to see how my thinking on these topics will change.”

YWMP is an Oxford Charity providing workshops and an inclusive and supportive space for young women to make music together, learn new skills, express themselves, and grow in confidence. Their projects help young people to challenge issues affecting them in a creative and productive way, such as class, race, sexuality, gender, mental health, and consent. YWMP are currently Oxfordshire’s BBC Introducing Act of the Year.

Mabel Fitzgerald (1872-1973) was of one of the first women to attend biomedical classes at Oxford University in the 1890s. She became one of the pioneers of respiratory physiology, and also successfully worked in an eclectic variety of other research fields from bacteriology and neuroanatomy to gastroenterology and clinical pathology.

Click here to find out more about the archive.

Christ Church College has a painting by John Riley of ‘Portrait of a Scullion of Christ Church’ (c. 1682). This is regarded as the first portrait ever painted of a servant. Usually, if one finds servants in images they are types, but this is a true portrait of a working class man, very likely commissioned directly by college.

“I used painting to fill in the gaps in the history of British painting but also to tell a story of the slave trade, and to show that black women were engaged in strategies of how to deal with that… In all our lives the political drama absolutely crashes and collides into one’s everyday. But I’m hoping my everyday – my work as a teacher or my works as an artist – can have some effect on the politics. I think these are dangerous times although there are always invisible strategies that we can put into place.”

Click here to find out more about Invisible Strategies.

Towards the very end of his life, civil rights leader Malcolm X made a speech in the prestigious halls of the Oxford University Student Union in the United Kingdom. This speech would serve as a crystallisation of his political philosophy and his understanding of the nature of racism, which had recently undergone a radical shift.

The Nigerian Kofoworola Moore was the first African woman to graduate from the University of Oxford. Between 1932 and 1935, Moore read humanities and social science subjects at St Hugh’s College. She was active in the African Society, the English Literature Club, the Anthropological Society, and the Labour Club amongst others.

Click here to see other material on Kofoworola Moore.

Oxford Women in Politics (OxWiP) is the leading university-wide society dedicated to advancing the role of women in public and professional life. OxWiP was founded in 2004 to serve as a means to address the significant gender imbalance in politics and leadership roles. Since then, the society has broadened its scope to serve as a resource for women leaders in public service, academia, and the private sector.

Each woman chose one word to show what Oxford means to them.

Click here to find out about an OxWiP recent event supported by TORCH. 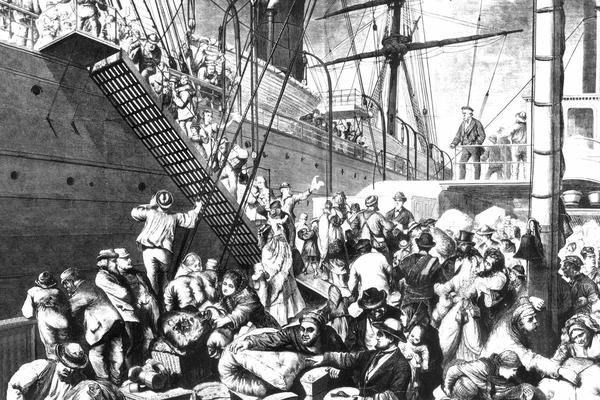 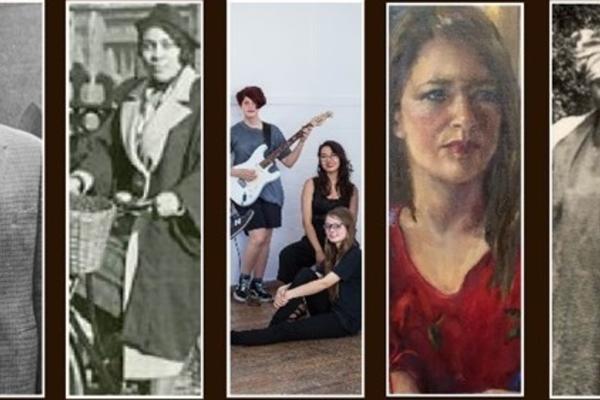 The Gaps Between Installation 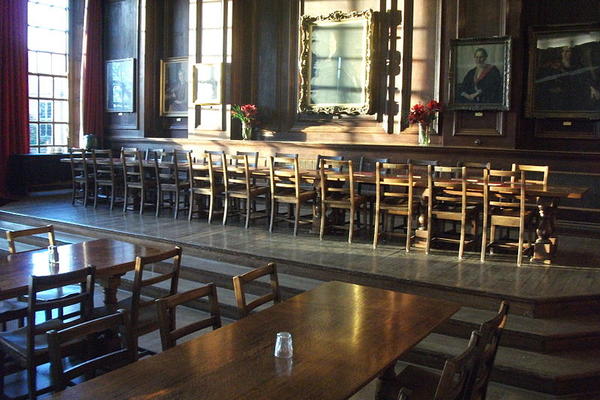 How did she know Five portraits of Oxford Women 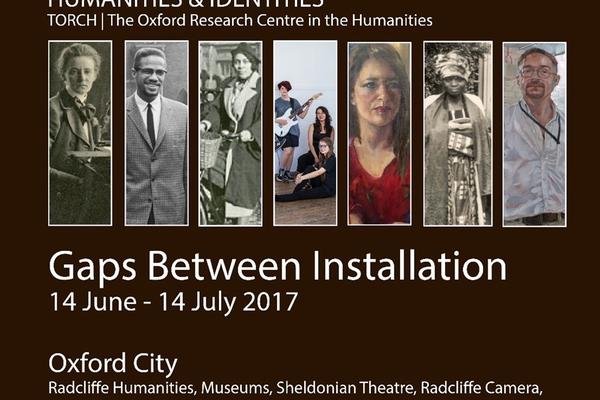 Map of The Gaps Between Installation