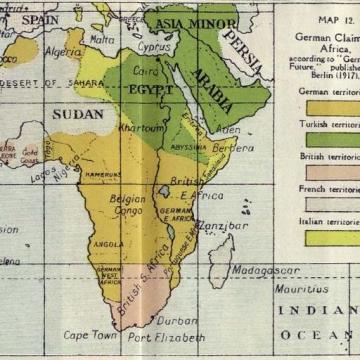 The Globalising and Localising the Great War (GLGW) research network was founded to commemorate the First World War (FWW) centenary through the production of groundbreaking research. It comprised scholars, both young and established, who study the War in a global rather than merely European context, and whose chronological focus is not confined to the period 1914-18. Established in late 2013, as a joint initiative between the Changing Character of War Programme (Pembroke College) (http://www.ccw.ox.ac.uk/) and the Oxford Centre for Global History (Faculty of History) (http://global.history.ox.ac.uk/), GLGW continued through into mid 2019 in order to commemorate the entirety of the conflict and peace process.

GLGW culminated in 2019 with a three-day international academic conference, ‘A World Transformed: The First World War and its Legacy’, and an Oxfordshire public engagement exhibition, ‘Oxford: The War and the World’. An online exhibition and public engagement events are also planned. Together these events highlighted the continuing legacy and consequences of the First World War for contemporary society.