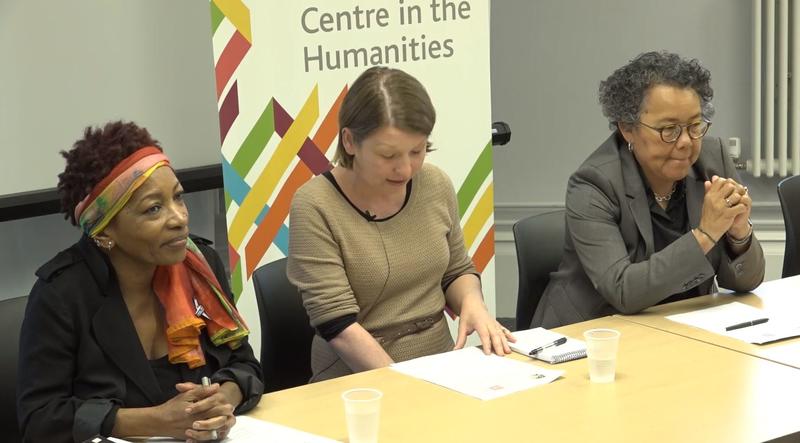 The first public event in the series will be an “in conversation” discussion about Prof Savage’s and Bonnie Greer, OBE's work, focussing on their lives as black female intellectuals inside and outside of the academy and arts. Dr Becky Fraser (UEA) will chair the event.

Prof Barbara D. Savage is an historian and the Geraldine R. Segal Professor of American Social Thought in the Department of Africana Studies at the University of Pennsylvania. She teaches graduate and undergraduate courses in twentieth century African American history; the history of American religious and social reform movements; the history of the relationship between media and politics; and black women’s political and intellectual history.

During the 2018-2019 academic year she is the Harmsworth Visiting Professor of American History at Rothermere American Institute, University of Oxford.

Prof Savage received her doctorate in history from Yale in 1995, and also holds a law degree from Georgetown University and an undergraduate degree from the University of Virginia. Prior to entering graduate school, she worked in Washington, DC as a Congressional staff member and as a member of the staff of the Children's Defense Fund. During graduate school, she served as Director of Federal Relations in the Office of the General Counsel at Yale University.

Her book, Your Spirits Walk Beside Us: The Politics of Black Religion (Harvard University Press, 2008), is an historical examination of debates about the public responsibility of black churches and the role of religion in racial leadership. The book was the winner of the prestigious 2012 Grawemeyer Prize in Religion. She also is the author of Broadcasting Freedom: Radio, War, and the Politics of Race, 1938-1948 (University of North Carolina Press, 1999) which won the Herbert Hoover Presidential Library Award for the best book in American history in the period 1916-1966. In addition, she is co-editor of Women and Religion in the African Diaspora (Johns Hopkins University Press, 2006) with R. Marie Griffith.

Prof Savage is currently at work on an intellectual biography of Professor Merze Tate, an African American woman who pioneered in the fields of diplomatic history and international relations during her tenure at Howard University from 1942 to 1977.

Bonnie Greer, OBE is an American-British playwright, novelist, critic and boradcaster. A prolific writer, Bonnie Greer began writing plays at the age of nine and later studied theatre in Chicago under the supervision of David Mamet and at the Actors Studio in New York with Elia Kazan. She played Joan of Arc at the Atelier in Paris.

A former Arts Council playwright in residence at the Soho Theatre and for NITRO, once known as the Black Theatre co-operative, Greer has worked mainly in theatre with women and ethnic minorities as a writer.

She has written radio plays for BBC Radio 3 and Radio 4. Her plays include Munda Negra (1993), Dancing On Blackwater (1994) and Jitterbug (2001),[15] and the musicals Solid and Marilyn and Ella. Marilyn and Ella was adapted for the stage and orginally performed at the Edinburgh Fringe Festival before being rewritten and performed at the Theatre Royal Statford East in 2008 and the Apollo Theatre in 2009. She is currently at work on a play for the National Theatre Studio.

Besides being a playwright, Greer is also a novelist. She published her first novel Hanging by her Teeth in 1994. Her second, Entropy, followed in 2009, and she is currently at work on a novel about Rosetti.

A regular televion contributor and pannelist, Greer has appeared on Newsnight Review and Question Time. She co-produced the documentary Reflecting Skin on representations of black people in Western art which aired on the BBC in 2004.

Greer supports a variety of charitable organisations. She is a member of the Arts Emergency Service, a patron of the SI Leeds Literary Prize, and a board member of the Authors' Licensing and Collecting Society (ALCS). She served two full terms on the British Museum's Board of Trustees, and served as Deputy Chairman from 2009. From 2011-2015 she was the President of the Brontë Society.

She was appointed Officer of the Orde of the British Empire (OBE) in the 2010 Birthday Honours for services to the Arts.