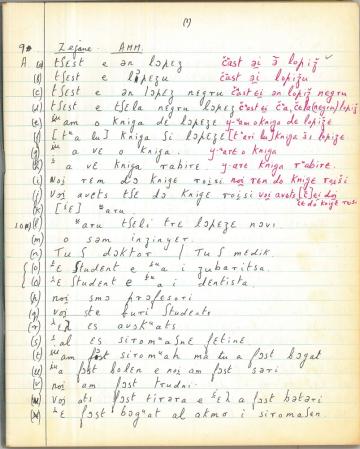 ISTROX: the Istro-Romanian Language and the Oxford University Hurren Donation

In 2010, the Taylor Institution Library in Oxford received a generous donation of reel-to-reel and cassette-tape recordings, all made at the end of the 1960s by the Oxford linguist H. A. (Tony) Hurren. To these were later added his photographs and field notebooks. The recordings and field materials were the outcome of Hurren’s research in several villages of in the north-east Istrian peninsula (in Croatia and therefore part of Yugoslavia in the 1960s), among the speakers of a little-known Romance language: Istro-Romanian. The recordings, which were transferred to digital form shortly after receipt of the donation, are being used as the basis of a new project: ISTROX, hosted by Oxford’s Faculty of Linguistics, Philology, and Phonetics. The project aims to make this material available to linguists and the Istro-Romanian communities alike.

Related to Italian, French, or Spanish, and most closely to Romanian, from which it became separate perhaps a thousand years ago, Istro-Romanian is unusual in that it has been profoundly affected by centuries of contact with a Slavonic language (Croatian). The UNESCO Atlas of the World's Languages in Danger lists Istro-Romanian as a 'severely endangered' language. Recent estimates put the number of surviving Istro-Romanians at several hundred in Croatia and elsewhere in the world, most notably in North America and Australia.

Istro-Romanian is principally famous for being nearly extinct. It is also well-known at least to some linguists for being a Romance language (therefore descended from Latin) which behaves peculiarly like a Slavonic language, because of centuries of contact with Croatian: it even has a peculiar counting system where some things must be counted using Romance numerals and nouns, and others using Croatian numerals and nouns. In reality, Istro-Romanian is a very little-known language, and the Hurren material is almost wholly unknown. Because the language is rapidly disappearing every single detail of it is precious, not only for academic linguists but as part of the heritage of the surviving Istro-Romanian community. Various useful collections of printed texts in Istro-Romanian have been gathered by linguists (mainly Romanians) in the past eighty-odd years, but no major body of publicly available sound-recordings exists at present (there is in the public domain a very indistinct cylinder-recording dating from 1905!).

What Hurren gathered in his field-recordings of the late 1960s is in fact an almost wholly untapped treasurehouse of information about Istro-Romanian. Indeed, it actually represents a significant portion of the attested history of the language and of its speakers. Hurren gathered recordings from all the villages where the language was spoken — around Mt Učka in Croatia, about 30-45 km from the city of Rijeka. Perhaps surprisingly for a language with few speakers, and confined to such a small geographical area, there are two major dialects, ‘northern’ and ‘southern’, spoken respectively to the north and south of Mt Učka. The material comprises both responses to linguistic questionnaires designed to discover and illustrate points of linguistic structure, and free narrations of traditional tales and autobiographical stories (it even includes what must be the world’s only recording of Lili Marlene sung in Istro-Romanian!).

The Hurren materials present the ISTROX researchers with an unusual problem: they are principally aural, and an essential preliminary task is to fix them in written form if they are to be accessible to potential users (both linguists and interested members of the public). The donation includes field notebooks providing written material corresponding to the recordings, but these are not a complete written description of them. Much is unclear, and there is essential groundwork to be done in matching narrations on the tapes to individual speakers and localities. The most fundamental task, however, is to describe the content of the recordings, as fairly literal translations, tagged to the relevant portions of the recordings, and to identify particular points of interest to linguists, in the phonology, morphology, syntax, or lexicon of the language. The fact that the material will be presented and analysed primarily in English will, by the way, open up the Istro-Romanian data to a world in which English is still the dominant language of academic discourse. Beyond the current project, we are considering the possibility of drawing together the Hurren material with other published material about Istro-Romanian in order to write a comprehensive history in English of this fascinating language and its speakers.

We will combine linguistic research with tools and methods from Digital Humanities. To open this audio material to linguists and the general public (especially to the Istro-Romanian community, many of whom no longer know their heritage language), we aim to translate and transcribe it by involving the remaining pockets of speakers of Istro-Romanian in Croatia and worldwide, who are active online and deeply invested in the preservation of their linguistic and cultural identity. Through a customized platform, we hope to mobilize some of them as peer contributors to our project and co-creators of a new body of linguistic knowledge, which will be incorporated into the wider process of transcription and translation, and examined in our subsequent linguistic analysis.

By the end of the project (August 2020), we will make available online all the data resulting from our research, as well as all other materials which are currently part of the Hurren bequest, for the benefit of the researcher and the Istro-Romanian communities. We have already started to do that, by making Hurren’s Oxford doctoral thesis - “A linguistic description of Istro-Rumanian” (1972) - available online through the Oxford University Research Archive (ORA). His unpublished type-written grammar from the 1990s is also going to be made accessible on the ISTROX project website, which will be completed in May 2019.

ISTROX is based at the Linguistics Faculty at the University of Oxford and draws on the Hurren collection bequested to Taylor Institution Library. We are extremely grateful to Tony Hurren’s widow, Mrs Vera Hurren, for so generously making this donation of her husband’s sound recordings and fieldnotes.

We warmly invite all speakers of Istro-Romanian who would like to keep in touch with our project - and possibly to contribute to it at a later stage – to email the project team at istrox@ling-phil.ox.ac.uk

ISTROX is a project funded by the John Fell Fund. 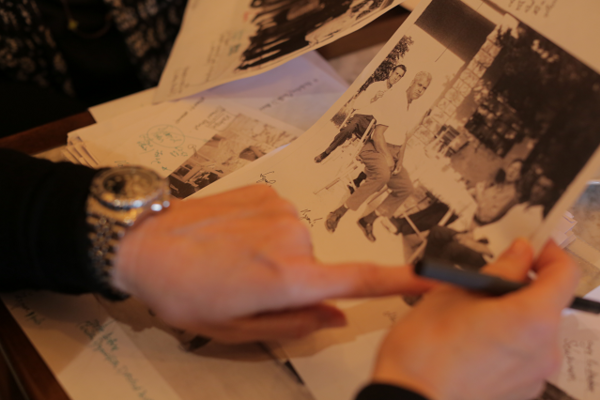 ISTROX at Weston Library – part of BABEL: ADVENTURES IN TRANSLATION 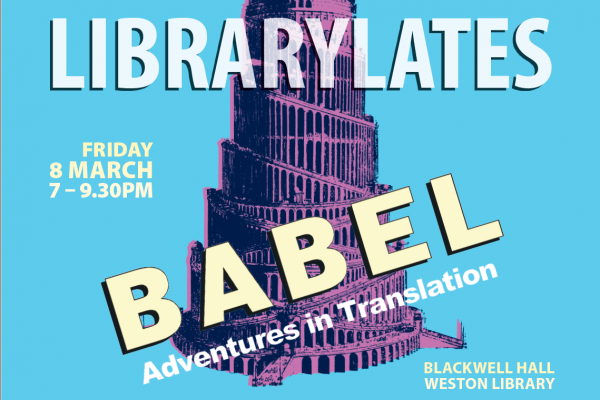