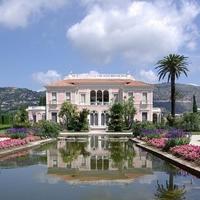 'The Jewish Country House in Europe'

This project, which cuts across existing paradigms in Jewish history and country house studies, seeks to establish the Jewish Country House as a focus for scholarly research, a site of European memory and a significant aspect of European Jewish Heritage. It will enable Abigail Green to take her work on European Jewish elites in a new direction, allowing her to explore the international culture and networks of the Jewish super-elite, a subject of particular relevance to her on-going work on Jewish liberal activism since many of Jewish liberal politicians belonged to this milieu.

Working in partnership with Historic England and the National Trust (NT) through a 2017-18 KE Fellowship resulted in a programme of Minor Amendments to the Historic Buildings list highlighting Jewish connections of some properties NT participation in the European Days of Jewish Culture at Hughenden, Monk's House, Nymans, Upton, Waddesdon, as well as Strawberry Hill, Salomons Estate and Townhill Park House a programme of volunteer training in NT properties and Strawberry Hill a JCH Resource Pack to support curators and heritage professionals.

This second Fellowship will (i) allow us to sustain and embed these initiatives in UK JCH properties (ii) bridge the gap between Green's AHRC Leadership Fellowship and further external funding (AHRC Standard grant application, with Green as PI, Dr Tom Stammers (Durham) Co-I, Waddesdon, Strawberry Hill, the European Association for the Preservation and Promotion of Jewish Culture and Heritage (AEPJ), and the National Trust as Project Partners) (iii) allow us to develop these initiatives in a European context, in collaboration with the AEPJ and the Centre des Monuments Nationaux, and to promote collaboration between the AEPJ and the NT.

The project will result in a pan-European heritage network and European Route of Jewish Culture. This network will be launched at an event hosted by the Centre des Monuments Nationaux in Villa Kerylos.