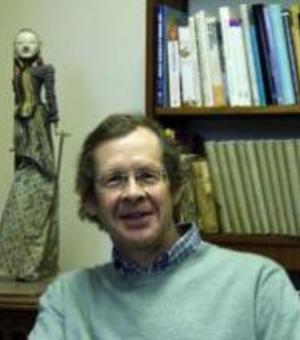 David Wiles is Emeritus Professor of Drama at the University of Exeter, and a member of Wolfson College Oxford. He spent much of his career in the Department of Drama and Theatre at Royal Holloway, before moving to Exeter in 2013. In Oxford he has had a long association with the APGRD. His major areas of historical interest have been Greek and Elizabethan theatre, and key themes in his work have been festival, mask, and space. His Theatre and Citizenship (2011) covered a broad historical span with a focus upon the French Enlightenment. With Christine Dymkowski, he edited the Cambridge Companion to Theatre History (2013). He is currently working on the rhetorical method of acting derived from antiquity as it shaped English and French actors from the Renaissance to the Enlightenment.