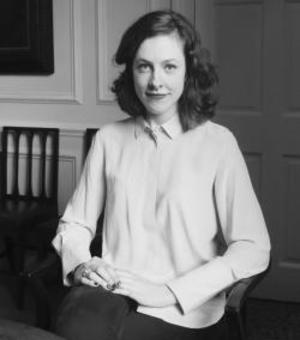 Dr Emma Claussen works on literature and thought in the early modern period, with a particular interest in politics and moral philosophy. She is turning her doctoral thesis into a book on sixteenth-century uses of the word politique and attendant conceptions of politics, political behaviour, and correct political action. The thesis argued that politique is a keyword of sixteenth-century writing in that it is is active and actively used in French explorations of the political, in the forming and undermining of collective identities in a period of civil crisis, and in the self-fashioning gestures of a shifting political class. It drew on a range of texts – satirical, theoretical, polemical, poetic, and sometimes all of the above – to explore how writers conceptualized the boundaries of their communities and the potential (and limitations) of individual agency.

Her next project is on the intersection between moral and biological conceptions of life c. 1550-1650 (working title: ‘What Makes Life Worth Living in Early Modern France?’). Other areas of interest include: the essay genre; theatre; critical theory; feminist approaches to literature; practices of translation; The Quarrel of the Ancients and the Moderns.

She is one of the organisers of Frib-Ox, a collaborative network between the Universities of Oxford and Fribourg, which has become in Novermber 2018 co-funded by the TORCH International Partnership Scheme.

She is also one of the organisers of Renaissance Conservations, a workshop in collaboration with the Fondazione Giorgio Cini of Venice, which since March 2018 is being funded by the TORCH International Partnership Scheme.