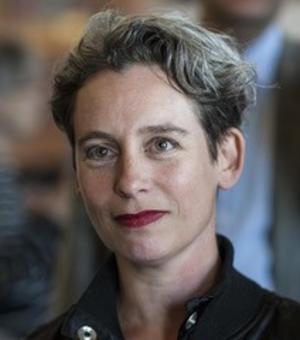 Professor of the History of Art
hanneke.grootenboer@hoa.ox.ac.uk

Hanneke Grootenboer is Professor of the History of Art at the University of Oxford and Fellow of St Peter’s College.  She is the author of The Rhetoric of Perspective: Realism and Illusionism in Seventeenth-Century Dutch Still Life Painting (UP Chicago, 2005) and Treasuring the Gaze: Intimate Vision in Eighteenth-Century British Eye Miniatures (UP Chicago, 2013; winner of the 2014 Kenshur Prize for best eighteenth-century study). Her articles have been published in The Art Bulletin, the Oxford Art Journal and Art History among other venues, and she is a member of the Editorial Board of the Oxford Art Journal.  She is the recipient of numerous awards, grants and fellowships, including from the Paul Mellon foundation, the Getty Institute, the Leverhulme Trust, the Clark Art Institute, and the Netherlands Institute for Advanced Studies in Amsterdam. In her research and teaching, Hanneke views early modern visual and material culture through the lens of contemporary art, philosophy and theory.  She is interested in developing a transhistorical and philosophical art history that is guided by the ways in which we, as viewers, are grasped by images and objects, rather than trying to grasp them through interpretative methods.  She works on the intertwining of mental, interior and pictorial space so as to examine how we think ‘with’ things, and to what extent objects shape space wile articulating thought.  Ongoing topics include still life painting as philosophical genre, portrait miniatures (including of breasts and eyes) and affect, and miniaturization and realism.  Last year, she delivered the Annual Distinguished Lecture at Yale University while this May, she was a Visiting Professor at the Freie Univeristät in Berlin. Currently, she is co-editor of a volume for Princeton University Press, with Marisa Bass (Yale), Claudia Swan (Northwestern) and Anne Goldgar (King’s London), entitled, Conchophilia: Shells, Art and Curiosity in Early Modern Europe. Her presentation partly results from her next book entitled The Pensive Image that argues that painting is a form of thinking (forthcoming, University of Chicago Press).