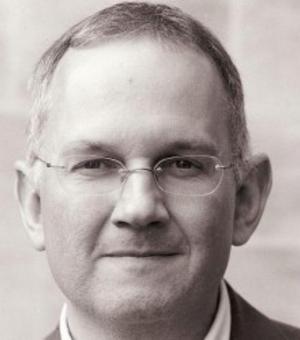 I went up to Cambridge to read History in 1983, and I stayed on to do a PhD there, working with Christine Carpenter. I first came to Oxford in 1990, as a Junior Research Fellow at Merton College, Oxford, and spent the next three years reading widely and beginning to convert my doctoral thesis into a book, Henry VI and the Politics of Kingship (1996). My first lecturing job was at the University of Wales, Aberystwyth. In 1997, I came to Corpus, as fellow and tutor in medieval history, and I've been here ever since. I've had a lot to do with undergraduate admissions, both in the College and in the History Faculty; I sit on the Oxford Historical Monographs Committee and the editorial board of ‘The Fifteenth Century'; I was Senior Tutor at Corpus 2008-11 and held a Leverhulme Major Research Fellowship, 2011-14.

My main interest as a historian lies in the nature and workings of power, looking particularly at what might be called political structures - institutions, practices, ideas and languages - and their influence on individuals and groups. Most of my published work deals with English political life in the later middle ages, but I've recently completed a book on European politics in the fourteenth and fifteenth centuries, taking a positive line with this supposedly chaotic and violent period. My book on Henry VI, a famously useless king, who came to the throne as a baby and ruled with astonishing inertness for a further thirty-nine years, set out to consider the framework of ideas and principles that shaped the options of leading politicians as they dealt with the problem of an inadequate ruler. In a series of essays, I have written more widely on the political culture of later medieval England, paying particular attention to three themes: the changes to the political system that coincided with, and in some measure stemmed from, the Wars of the Roses; the relationship between the political hierarchy and the sizeable ‘public' created by spreading literacy, vernacular literature and the notion of a ‘commune'/'community'/'common weal'; and, latterly, the political impact of neo-classicism. My current project is to write the New Oxford History of England volume, covering the years 1461-1547; I'm calling it ‘Renaissance England', and due at the press in 2018.

I teach British and European History between about 1000 and about 1550, including specialised options on the Wars of the Roses and English Chivalry in the age of the Hundred Years War. In Corpus, I also teach courses on historiography and political ideas. I supervise postgraduate students on a range of topics in later medieval history. Doctoral students of mine have recently worked on gender and politics in the reign of Richard II, medieval deer parks and their social context, the idea and practice of fellowship in later medieval England, René of Anjou and cultural politics and Anglo-Portuguese relations in the fourteenth and fifteenth centuries; current students are working on late medieval English urban political culture and its connections with national politics, the intersection of urban and rural political society in fifteenth-century England, and the forms and structures of political life in the fifteenth-century Upper Rhine.

John Watts is a member of the Oxford Medieval Studies Steering Committee.