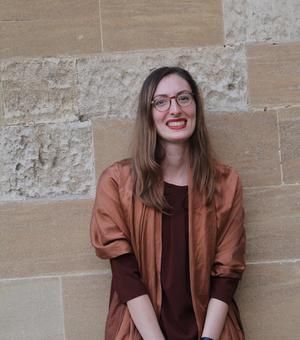 Julia Caterina Hartley was a founding member of the Gender & Authority network, which she named in late 2015. She has recently left Oxford for the University of Warwick, where she is a Leverhulme Early Career Fellow in the School of Modern Languages and Cultures. Julia's current research is on the French reception of Persian literature and perception of Iran in the long nineteenth century. Her work approaches gender and authority in relation to subjectivity, postcolonial theory, the cross-cultural circulation of literature, and the question of literary genre. She is spending this Michaelmas term as an Edward Said Fellow at Columbia University.