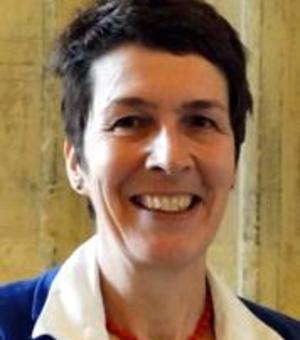 Linguistic and cultural exchange has shaped my life and work. Growing up bilingually with a German father and English mother, I went to school in Munich and spent holidays in the UK, and then studied English and German at the University of London, followed by an MA and PhD in German. A TEFL course at an English language school was complemented by teaching German A level at a sixth-form college, and a spell as a Researcher at BBC Continuing Education TV involved filming in Germany for English adult learners. As a university lecturer I teach German language and literature. Alongside my day-job I often do proofreading for my husband, an English commercial translator who taught himself German after his degree in Biology. Our three children are bilingual with dominant English.

My knowledge of other languages is by contrast limited: rather poorly taught school French and Latin; Spanish learned in Madrid while teaching English, but mostly forgotten because I spent too little time working on grammar and vocabulary; an enjoyable tourist smattering of Italian. These languages nevertheless enrich my visits abroad and have stimulated my cultural curiosity. Overseeing the progress of Modern Languages students at my college has given me an insight into the intensive and sustained learning required for real competence – and the rewards this brings. Over the next four years, I plan to expand my horizons by engaging with Chinese and Arabic.

My research focuses on German poetry, on poetics and rhetoric, and on the theory and practice of metaphor. Language lies at the heart of them all. Fascination with metaphor was inspired by George Lakoff’s and Mark Johnson’s Metaphors We Live By (1980). During a part-time masters in General Linguistics I investigated the use of conceptual metaphors by English and German business people talking about their companies. In 2007 I published an introduction to the theory and practice of metaphor, and a monograph on the role of metaphor in German poetics, both in German. They made me want to find out what is universal about metaphor, and in what ways it is linguistically and culturally specific. My work on ‘The Creative Power of Metaphor’ will give me the fantastic opportunity to pick the brains of experts in over 40 languages on order to take forward this research.

My role as Principal Investigator for the Creative Multilingualism programme provides unique scope for collaboration with other researchers and with partners beyond academia in order to investigate the creative potential of linguistic diversity, and find ways of strengthening language learning across the educational system and society.