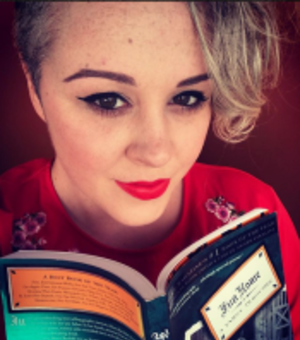 Mara Gold is a DPhil student in Classical Languages and Literature based at St Hilda's College, Oxford. Mara works on women's classical reception and scholarship in the late 19th/early 20th century in relation to modern concepts of gender, sexuality and feminism. She is interested in the role of Ancient Greek homosociality in the justification of women's rights and queer identities, particularly Sappho's Lesbos. She looks closely at the use of Ancient Greek language and themes for queer coding in both literature and life writing, as well as relationship between queer temporality, longing and worship.

Prior to commencing her DPhil Mara was employed in the arts and heritage sector, including as a researcher at the V&A, where she worked on LGBTQ+ network. Mara also has professional experience in theatre, both on and off the stage, with a particular interest in LGBTQ+, community outreach and youth theatre projects.

Mara has a BA in Classics (Victoria University of Wellington) as well as postgraduate qualifications in Advanced Theatre Practice (Royal Central School of Speech and Drama), Archaeology (UCL) and Modern British and European History (Oxford).