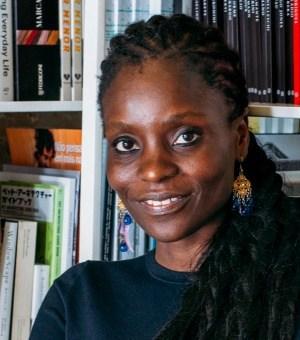 Nana Oforiatta Ayim is a writer, filmmaker and art historian. In her work, she has sought to understand the various relativities of cultural contexts, and to give voice to that understanding in a way that speaks to both the actors and communities of that context, as well as the wider world. She is director of the ANO Institute of Arts & Knowledge, through which she has pioneered a pan-African Cultural Encyclopaedia, reimagining narratives from across and about the continent; and a Mobile Museums project that travels into communities, collects material culture and exhibits them in those communities, creating discourse about narratives, memory and value.

She has spoken widely on cultural narratives and institution-building in Africa, in institutions like the British Museum and Cambridge University. She has written for publications like frieze and African Metropolitan Architecture, and is publishing her first novel, The God Child, with Bloomsbury Publishing in  2019. She has also made several films, a cross of fiction, travel essay, and documentary, that have been shown at museums like The New Museum, Tate Modern, and LACMA.

She is the recipient of the 2015 Art & Technology Award from LACMA; of the 2016 AIR Award, which “seeks to honour and celebrate extraordinary African artists who are committed to producing provocative, innovative and socially-engaging work”; and of the inaugural 2018 Soros Arts Fellowship. She has been named one of the Apollo ’40 under 40’; one of 50 African Trailblazers by The Africa Report; one of 12 African women making history by Okayafrica; and a Quartz Africa Innovator.