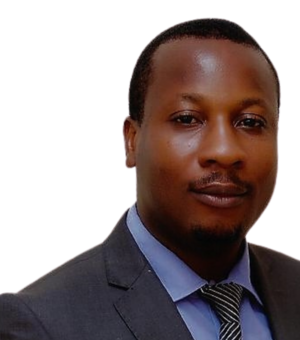 Obari Gomba (PhD) teaches Literature and Creative Writing at the University of Port Harcourt in Nigeria, and is an Honorary Fellow in Writing of the University of Iowa (USA).  He is a recipient of Rivers ANA Distinguished Writer Award, Halogen Award for Poetry, and Kangaroo Poetry Festival Poet of 2018. He is a two-time winner of both the Best Literary Artiste Award and the First Prize for Drama of the English Association of the University of Nigeria, Nsukka. His works include Guerrilla Post (Winner of ANA Drama Prize 2018/ Shortlisted for the Nigeria Prize for Literature 2018), For Every Homeland (Winner of ANA Poetry Prize 2017/ Shortlisted for the Nigeria Prize for Literature 2017), Thunder Protocol (Winner of ANA Poetry Prize 2016), Length of Eyes (Shortlisted for ANA Poetry Prize in 2013 /Shortlisted for the Nigeria Prize for Literature 2013), and Pearls of the Mangrove (adopted as a ‘Book of the Festival’ for the 2011 Garden City Literary Festival and the 2019 Festival Poetry Calabar). He curated an anthology featuring 35 writers from 33 countries, entitled A Piece of Daily Life, for the International Writing Program of the University of Iowa (USA) in 2016.

His poetry has been featured in Re-Markings: A World Assembly of Poets and The Second Genesis: An Anthology of Contemporary World Poetry. His poetry has been published in international journals such as Prosopisia, Sentinel, Maple Tree Literary Supplement and Eleven Eleven (which listed his ‘Gun Policy’ in the 20 Best of the Net for 2016). He has read his poems in the United States at Shambaugh House (University of Iowa), Dubuque Museum of Arts, Oaknell Retirement Centre, and Kirkwood. In Nigeria, he has read his poems at Alliance Franciase in Enugu, Lagos International Poetry Festival, Lagos Book and Art Festival, Abuja Writers Forum, Nigerian Institute of International Affairs, Port Harcourt Book Festival, Art Republic/Art-in-My-City Exhibition in Enugu, History Concourse in Port Harcourt, and CORA Book Party for the Nigeria Prize for Literature, etc. He has also read his poems and discussed literature (and politics) on media platforms such as Radio Rivers FM, Nigerian Info FM, Rhythm FM, Radio UST FM, Garden City FM, Unique (Uniport) FM, NTA, and CCTV Africa.

His poems were performed by the Portland Stage Company in Maine USA in 2016. His other writings have also appeared in Matatu, African Review, Africa Oil+Gas Report, Tydskrif vir Letterkunde, Oja, Third Text, Jeltan, ANA Review, Culture Digest, Crucible, Working Papers, The Muse, Mgbakoigba, , New Age, Lagos Review of Books and Society, Thisday, The News, etc. There is a chapter on his writing in Masterpieces of African Literature; and his works have been reviewed/mentioned in 234 Next, The Guardian, The Guardian Life, Thisday, The Sun, National Life, Punch, Nigerian Tribune, The Nation, Ago, etc.

His work, as a teacher at the University of Port Harcourt, has deepened his interest in human capital development. Beyond teaching in the classroom, he also offered service as a moderator for Christopher Okigbo Foundation/Conference; as a facilitator/resource person to the International Writing Program’s MOOC; as a panelist for Iowa Book Festival; as the LOC Chairman of the 3rd International Conference on Tanure Ojaide; as the Festival Coordinator of the Gabriel Okara Literary Festival; as a moderator at Lagos International Poetry Festival; as a  moderator at Lagos Book and Art Festival;  as a writing workshop facilitator for Port Harcourt UNESCO World Book Capital, Port Harcourt Book Festival, and Niger Delta Creative Writers’ Workshop; as a judge for Port Harcourt Carnival and Bayelsa State ANA; as a book reviewer and editor for Hornbill House of Arts;   and as a resource person on advocacy to the Ministry of Economic Planning of Delta State in conjunction with ODA/UNDP. He understands that a knowledge-based society is crucial to development in the 21st century.