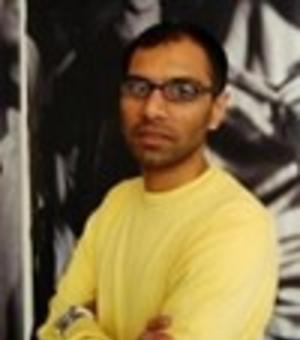 I grew up in the multicultural area of Aston, Birmingham and attended Aston Manor secondary school where I enjoyed taking French class for the first three years of my schooling.  I was upset when I couldn’t take it further for GCSE in the fourth and fifth year of my studies.  For the class to formally run as an assessed group, we required a minimum of eight to ten students to opt for it, and unfortunately there were only six of us. I had to take a GCSE in Craft, Design and Technology instead (which I mostly enjoyed).  Perhaps unwittingly, one of my favourite lines of French to this day is ‘Je ne parle pas Français’. Informally, I then took an everyday interest in the diverse spoken languages around me where I grew up in inner city Birmingham, including mostly English combined with snatches of Punjabi, Caribbean patois, and Hindi and Urdu. After my A levels studying English Literature and Geography, I went to university to read Cultural Studies (film, media, cultural theory and literature) at undergraduate and then postgraduate level. Researching my PhD in Cultural Studies at the University of Birmingham, I examined the production and uses of the popular cultures of Bollywood films, British bhangra music and the non-terrestrial Zee TV channel amongst young British Asians. This included an exploration of how diasporic South Asian languages form part of the lexicon of these popular cultures.

In developing this research, I will be examining how languages work in and through the creative arts and performances of film, popular music, TV, radio, and new media and their associated creative industries, both in terms of communication and aesthetics. I’m especially interested in the diasporic, creole and hybrid uses of languages in urban multicultural contexts and how the mixed use of everyday languages is supported and promoted by those working in the creative economies.  In addition to English, I’m a fluent speaker of Punjabi and Hindi, and I have a working knowledge of Urdu.

As part of the Creative Multilingualism programme, I’m leading Strand 4 on ‘Languages in the Creative Economy’, collaborating with Julie Curtis and Philip Bullock and our numerous creative partners. Working with Punch Records, Birmingham will enable me to find out how aspiring Black British and British Asian artists incorporate languages and dialects from English, Caribbean patois, Hindi, Punjabi and Urdu in popular music. Perhaps I’ll also get to learn French now.