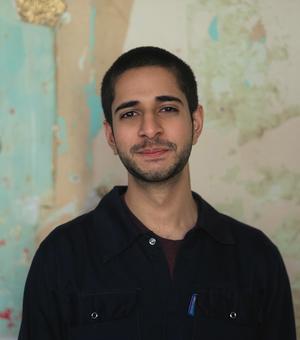 Shivaike Shah is a British Indian producer who has worked in fashion, theatre and film. He graduated in English Literature from University College, Oxford in 2019. Shivaike was a show producer at London Fashion Week and worked with West End production company Selladoor Worldwide. He recently finished as Key Assistant Production Coordinator on a large Netflix feature film. In March 2020, Shivaike founded Khameleon Productions, and has since been awarded three successful grants from Arts Council England and private funding from the UK and US. He is also the creator and host of the Khameleon Classics podcast. Shivaike is currently the Visiting Artist at Brown University as part of his Uprooting Medea tour.

Part of the Humanities Cultural Programme Medea Project between 2020-2021.