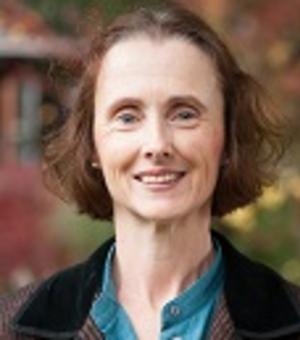 My first experiences with language learning came at school at the age of 8 – I was one of the ‘Burstall’ learners in the 1970s, when the UK government trialled the teaching of French in primary schools for a short while. I continued French into secondary school, where I also started German and Latin. At A level, I took up Russian ab initio as well, and then went on to read French and German at Oxford.

My interests have always been evenly divided between the language and literature side of things, which is probably reflected in my career path after graduation. I began a DPhil at Oxford in post-war German literature, but soon realised I wanted to see a bit more of life outside academia first.  Thereafter I had a brief spell working in banking, before realising that, after all, I liked working in an education environment best, and with languages, and so I began training as a teacher of French and German. I taught both languages to A level, and became increasingly fascinated by the process of language learning itself.

This led me to return to academia once more – this time to complete a PhD at the University of Bath, exploring language learning at the transition from GCSE to A level. In my current work, I’m in the relatively unusual position of being both Research Division Leader and Subject Leader for Initial Teacher Education in Modern Foreign Languages – hence I combine a strong focus on research with a very hands-on involvement with the education of beginning teachers.

My research focuses on the teaching and learning of languages in schools, from primary school through to university. I’m particularly interested in language comprehension, how learners go about making sense of what they hear or read in the language, and how teachers might facilitate that process. My work also explores the reasons why learners are motivated (or not) to engage in language study, what they believe about the language learning process, and how teachers and those with oversight of the curriculum can enhance learners’ intrinsic motivation for language learning. Exploring creativity in language learning, and the impact of literary and non-literary texts on linguistic development and motivation/learner beliefs, gives me the opportunity to explore my two main areas of interest, as well as returning to work with literature, something I haven’t had the chance to do for quite a while.