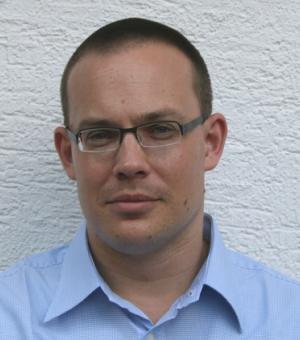 Professor Tobias Reinhardt grew up in Germany and obtained his first degree at the University of Frankfurt. While he was a student, the work of two Oxford scholars caught his attention. It was because of them that he applied to Oxford for a place to do graduate work, andhe ended up being jointly supervised by them. After his doctorate he did a tour of Oxford: starting at Corpus, he went to Merton for a year as a Junior Research Fellow, was then Fellow and Tutor in Latin and Greek at Somerville for six years, and then returned to Corpus.

His research interests are in Latin prose, ancient rhetoric and literary criticism, Latin didactic poetry, the borderline area between classical literature and ancient philosophy, as well as Latin textual criticism. In his work he tries to combine close philological analysis with broader interests in intellectual history and Greco-Roman culture. Among other things, he is interested in arguments, in the circumstances in which they count as good or relevant (e.g. public debate, philosophical discourse, legal casuistry), and in how they are expressed in Latin and Greek; in the way in which 'theory' (rhetorical, philosophical, legal) made an impact on real life, by informing attitudes on everyday matters and shaping the perception and solution of practical problems; and in the way in which philosophical and rhetorical doctrine was used to articulate traditional or intuitively held views and convictions. At the moment he is working on an edition and a commentary of Cicero's Academica (both for OUP).

In October 2018, he was awarded funding from the TORCH International Partnership Scheme for his project Oxford - Yale workshop on Exemplarity, in collaboration with the University of Yale.