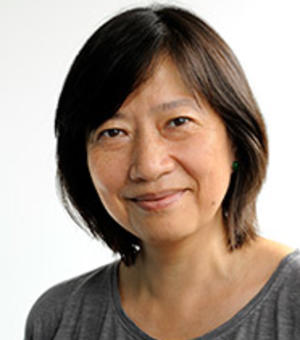 Professor of Arabic and Comparative Literature
Department of Languages and Cultures of the Near and Middle East SOAS, University of London
wo@soas.ac.uk

I was born in Taipei and raised in Gharian and Tripoli, Libya, until I went to New York to pursue doctoral studies in Arabic literature and critical theory at Columbia University. I feel at home in Arabic, Chinese and English but am forever reluctant to claim that I am a native speaker of any. Fluency of the spoken and error-free grammar of the written cannot conceal contaminated thought patterns. Smatterings of French, German and Persian do not help. Chinese friends who have known me from New York days tell me I am a banana: I look Chinese but think like an American. What would Arab friends think of me? Such jest got me thinking. A rotten banana? Yellow from the outside but (olive) brown from the inside?

My writing, more visibly than my spoken language, exhibits clear signs of contamination. Arabic and Chinese intrudes into my English, and my English affects how I think and express myself in Arabic and Chinese. Purity and authenticity in language or culture understandably do not resonate with me. My personal experience tells me that multilingualism inheres within every language such as Arabic, Chinese or English. Even within a very narrow linguistic environment, Arabic is diglossic. The very local Ghariani dialect is already an inflection or refraction of the classical or modern standard Arabic. When this diglossia opens up to Tripolitanian or Moroccan, Egyptian, Levantine and Gulf, Arabic is definitely heteroglossic. This is without even taking into consideration Arabic’s contacts with Persian and Turkish in the past, and European languages at present. The idea that any given language is inherently multilingual fascinates me. In one respect this multilingualism is obviously born out of cultural encounters. Does it otherwise serve as the creative impetus for new ideas and world views and generate the energy for transforming thought and culture?

I explore the relationship between language and thought in my research. I began with transformations of narrative and world views in the interstices of cross-cultural encounters, whether in the Arabian Nights or the Arabic Novel. How does story, in its various forms, transform structurally, aesthetically, ethically and politically on the sites of intercultural exchange? At the heart of such inquiry is the search for links among the languages and cultures that inhabit me. Am I the link, or do the links already exist? This explains my engagement with comparative literature and world literature. These areas of cross-cultural studies assume that language is by definition monolingual and sovereign, and they necessarily begin from a singular perspective and position that is always confounded by language as barrier.

Story’s ability to cross linguistic borders tells us that language is no barrier to cross-cultural communication and, more importantly, the veneer of monolingualism may veil the multilingualism inherent in language, though it cannot obliterate all its traces. These traces may be minute and subtle but they are never invisible or silent. Material objects, which circulate around the world easily, can signal cultural encounters when they appear in story. They seem to embody multilingualism. Would it be possible to recover the memories of cultural encounter and attendant multilingualism by looking at material objects encrypted in story, or writing? Can this recovery help us think about the interconnectedness of the world in a more global and pluralistic way? My increasing interest in the Silk Road, as a metaphor of how the world has been connected for thousands of years through overlapping networks of circulation, of people, objects, ideas, ideologies, worldviews and even languages, is in part informed by my keen interest in finding a more democratic way to theorize world literature and do comparative literature. It is also sustained by my personal desire to connect the seemingly disparate languages and cultures in my head.