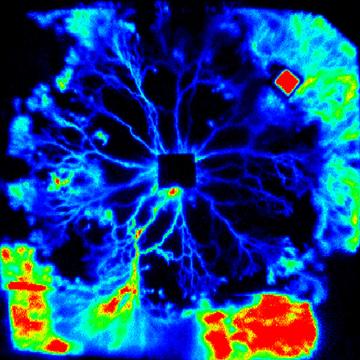 The SciPo New Network builds on the annual one-day conference, SciPo, established at St Hilda’s college by Emeritus Fellow in Biology Sarah Watkinson, and poet Jenny Lewis of The Poet’s House Oxford. This New Network, with core organisers Elsa Hammond, Jenny Lewis and Sarah Watkinson, aims to offer young humanities researchers ways to work with new audiences, forging links between scientists, creative writers and musicians, as well as literary studies academics with important contributions to make to the representation of science in poetry across the ages.

Now in its fifth year, SciPo explores the creative common ground between science and poetry. Established poets read and discuss their work with <50 participants from across the university and wider public. The 2019 theme was ‘Plants, Brain and Imagination’, with poets Adam Horovitz, Frances Leviston and Michael Simmons Roberts reading and discussing their work at St Hilda’s on 8th June. Watch an account of their discussion by Romola Parish here.

Associated seminars, engaging the broader community of researchers and writers on ecopoetics and climate change poetics, were held at TORCH in Trinity Term 2019, and poetry writing workshops have been arranged throughout the year at Wytham Woods (May), The Botanic Garden (September), and the University Museum (December).

Publications include podcasts of events, and poetry anthologies. The first, ‘Haunted by Cycles of Return’ edited by Elsa Hammond, contains work from the 2018 SciPo on Climate Change, including poems by Carrie Etter and Philip Gross, as well as competition winners, was published in summer 2019. An anthology from SciPo 2019 on ‘Plants, Brain and Imagination’ is in preparation.

Future SciPo themes include ‘Mind and Brain’ to be organised in 2020 by Jenny Lewis and Lucy Newlyn, with the SciPo conference taking place at St Hilda’s College on 6th June. In 2021 the theme will be ‘Breathing’ organised by Elsa Hammond, Jenny Lewis and Sarah Watkinson. Each of these themes has grown out of the interdisciplinary connections between our members’ research, and projected collaborations.