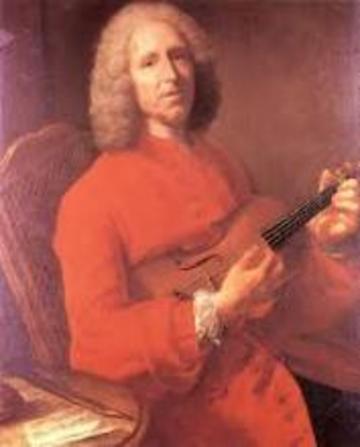 The Rameau Project is a major multidisciplinary research project devoted to the operas of Jean-Philippe Rameau (1683-1764). Founded and directed by Dr Jonathan Williams of St Hilda’s College, Oxford, this venture was supported by the University’s John Fell Fund (2012-15), the AHRC Cultural Exchange programme at TORCH (2013) and Arts Council England (2014), as well as by several trusts funds and private individuals. Now externally funded, the Project remains is closely associated with the University.

Rameau’s 30 operas are among the most aesthetically complex theatrical forms of the Enlightenment period; as such they offer fascinating opportunities for research into music, dance, literature, dramaturgy, and the wider environment of Enlightenment thought and practice. The principal objectives of this project are to explore this extraordinary multimedia repertoire, addressing compelling issues of composer-specific practices–particularly regarding Rameau’s use of complex choreography and the idiosyncrasies of his opera librettos–and to develop the expertise in the performance of music and dance required to communicate it to a modern audience.

The Project began in November 2012 with Jonathan conducting the première of his edition of Rameau’s Anacréon (1754) with the world-renowned Orchestra of the Age of Enlightenment. From this auspicious start has grown a major collaboration which has so far given rise to two conferences, the first UK studio recording of a Rameau opera since 1980, numerous radio broadcasts and the performance of three of Rameau’s operas at London’s South Bank Centre (all presented with eighteenth-century choreography), and fully staged productions of Les fêtes d’Hébé in Paris and London and of Dardanus with English Touring Opera. A volume for Routledge is forthcoming in 2019.