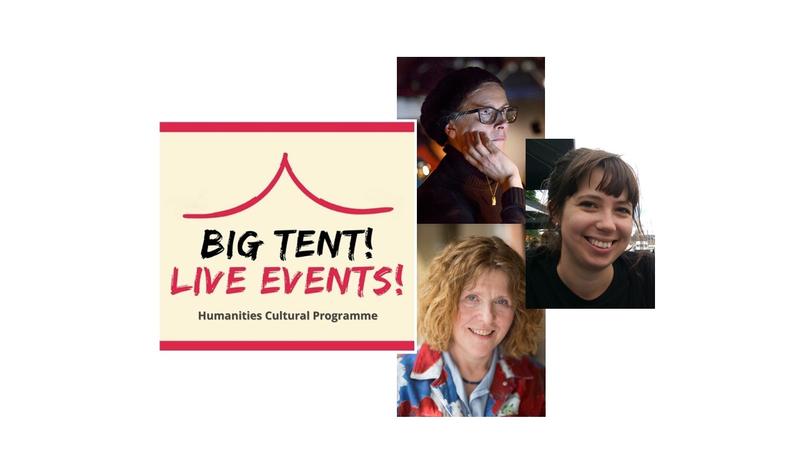 Katie Mitchell's  work is well known to audiences across the globe. In a career spanning 30 years she has directed over a hundred productions, including text-based theatre, opera, installations and multimedia work. From her early days as an assistant director with Paines Plough and at the Royal Shakespeare Company to her recent success with La Maladie de la Mort, created at Théâtre des Bouffes du Nord in Paris, and Orlando at Berlin’s Schaubühne, Mitchell has become renowned for bold and innovative productions. Working with classic texts as well as with contemporary writers, Mitchell has collaborated with the Royal Opera House, the National Theatre, RSC, and the Royal Court as well as theatres across Europe to produce work which provokes and inspires. Her many awards include the Evening Standard Best Director Award and the British Academy President’s Medal. In 2009 she was presented with the Order of the British Empire (OBE) for her services to theatre.

Professor Fiona Stafford is a Fellow of the British Academy and a Fellow of the Royal Society of Edinburgh.  She works on literature of the Romantic period, especially Austen, Burns, Clare, Keats, Wordsworth and Coleridge, and on their literary influences on modern poetry. Her research interests also include late eighteenth and early nineteenth-century culture; Irish and Scottish literature (post 1700); Archipelagic literature and art; Place and Nature Writing (old and new); Trees, Flowers and their cultural history; Environmental Humanities; literature and the visual arts.

Her most recent book is The Brief Life of Flowers (2018).  Like her acclaimed book, The Long, Long Life of Trees (2016), it draws on first hand observation, literature, art, folklore, mythology, cultural history, natural science, botany, history of medicine.

Professor Stafford's latest project, The Dimlight Hours, is a play based on her essay Home Front and inspired by a family wartime diary. It was performed at the Edinburgh Fringe Festival.

Dr Catherine Love is a theatre critic and academic. She regularly reviews theatre for the Guardian and has also written for publications including The Stage, Exeunt, WhatsOnStage and Time Out. Her academic research primarily focuses on contemporary British theatre-making, dramaturgy and eco-theatre. Her recent publications include a book chapter on the work of theatre-maker Michael Pinchbeck and a journal article on Katie Mitchell's eco-theatre. She is currently working on a book titled Text and Performance in British Theatre: Practice, Theory, History, as well as developing a new strand of research on ecodramaturgy in contemporary British Theatre.

Katie Mitchell is a HCP Visiting Fellow, part of the Humanities Cultural Programme