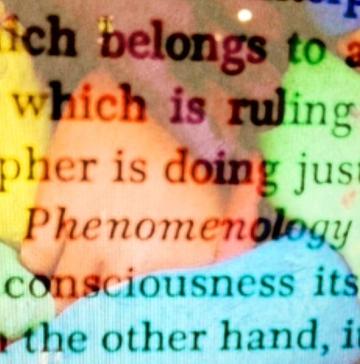 Oxford Phenomenology Network is excited to announce that we are presenting an interdisciplinary panel at the British Association for Modernist Studies (BAMS) International Conference, 2017 - 'Modernist Life.': https://bams2017.wordpress.com/

Modernist thinkers, writers, and artists are united in their profound interest in the ‘life of consciousness’, in life as it is directly experienced prior to any intervening rationalisation or subsequent analysis. French phenomenologist Maurice Merleau-Ponty aimed to ‘bring the world to light as it is before any falling back on ourselves has occurred’; the ‘ambition’ of phenomenology, in his eyes, was ‘to make [philosophical] reflection emulate the unreflective life of consciousness’. Virginia Woolf called for a similar form of pre-cognitive reflection when she implored writers to ‘trace the pattern, however disconnected and incoherent in appearance, which each sight or incident scores upon the consciousness’. Echoing Woolf’s approach, artist Paul Cézanne attempted to directly apprehend the subjects of his paintings: the ‘landscape thinks itself in me’ and ‘I am its consciousness’.

This panel, convened under the auspices of Oxford Phenomenology Network (http://torch.ox.ac.uk/phenomenology) and chaired by the Network’s Lead Convener (Cleo Hanaway-Oakley), explores the ways in which modernists represent, investigate, and otherwise engage with the phenomenology of conscious experience. Over the last decade, phenomenology has re-emerged as a dynamic force in interdisciplinary modernist studies (see, for example, Jennifer Gosetti-Ferencei’s The Ecstatic Quotidian: Phenomenological Sightings in Modern Art and Literature, 2007; Ulrika Maude and Matthew Feldman’s (eds.) Beckett and Phenomenology, 2009; Carole Bourne-Taylor and Ariane Mildenberg’s (eds.) Phenomenology, Modernism and Beyond, 2010; Jessica Wiskus’ The Rhythm of Thought: Art, Literature, and Music After Merleau-Ponty, 2013; Ariane Mildenberg’s Modernism and Phenomenology: Literature, Philosophy, Art, 2017; and Cleo Hanaway-Oakley’s James Joyce and the Phenomenology of Film, 2017).

Cleo Hanaway-Oakley (University of Oxford) ‘Representing the “Nonrepresentational”: Lived-experience in the work of James Joyce and Henry Green’

Ariane Mildenberg (University of Kent)
‘“Hooks” and “Anchors”: Doubting with Cézanne in the Twenty-First Century’