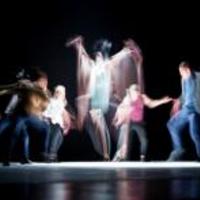 ‘Humanities & Performance’ celebrates the many existing partnerships between Oxford academics and leading arts organisations, and seeks to position Oxford as a leading voice in the local, national and international performing arts world. At present, Oxford researchers are profoundly engaged in significant academic collaborations with the performing and creative arts, and the university is a powerful incubator for the careers of major of the UK’s most notable performers and creative artists, whether in music, drama, cinema or visual culture. Oxford’s collaborations with a wide range of arts organisations not only feeds into the university’s world-leading research, but also makes a major contribution to the local, national and international economy. The arts make an increasing contribution to the UK’s economy and represent one of the sectors that came through the 2008 financial crash most robustly. At the same time, the contribution made by the arts to national life far exceeds their economic impact; careers in the performing arts offer some of the must meaning, sustaining and stimulating forms of employment and serve to connect communities at the local, national and international level.