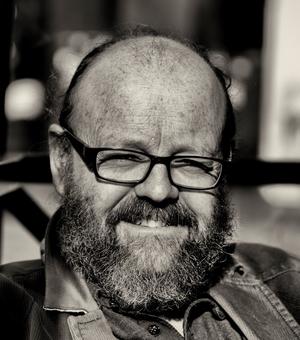 Wes Williams is the Director of TORCH, Professor of French Literature at the University of Oxford, and also a Fellow in Modern Languages at St Edmund Hall.

His main research interests are in the field of Renaissance studies; the critical study of genre and subjectivity; and the intersection of theory and practice in the literary, political, religious, and professional cultures of the early modern period. He also works on contemporary theory and film.

His first book – Pilgrimage and Narrative in the French Renaissance: ‘The Undiscovered Country’ (OUP, 1999) – was the first full-length study of the place of the Jerusalem pilgrimage in European Renaissance culture. He continues to work on narratives of travel and encounter, displacement and diaspora throughout the early modern period.

His second major study, Monsters and their Meanings in Early Modern Culture; Mighty Magic (OUP, 2012) explores the cultural, medical, and theological significance of monsters from Rabelais to Racine -- by way of Montaigne, Shakespeare, Titian, Pascal, Corneille, and a host of others. Political monsters (from Nero to the present) are a focus of his most recent work in this field.

He is currently writing a short Life of Rabelais, an account of the strange case of Magdeleine d’Auvermont, and a study of the long, enduring history of ‘voluntary servitude’.

Alongside award-winning work writing and directing for the theatre, he has also contributed to a number of radio broadcasts and films. Deputy Director of the Balzan Interdisciplinary Seminar , which explored a range of cognitive approaches to literary understanding, he was also a founder-member of the Oxford Amnesty Lectures, and is Geddes Fellow at St Edmund Hall. He has a long-standing interest in fostering cultural collaborations and exchanges that amplify, diversify, and transform our collective intellectual and social resources.

Prior to becoming the Director of TORCH, Wes was the Humanities Knowledge Exchange Champion. Before that, he undertook a Knowledge Exchange Fellowship ,Storming Utopia - a partnership between Pegasus Theatre, Oxford, and early modern academic colleagues at the University of Oxford. As an exercise in practical utopianism, the two aims of the project were: exploring ways of making contemporary theatrical sense of Thomas More's ground-breaking fantasy/blue-print for a 'brave new world' (Utopia, first published some 500 years ago in 1516) and; developing and extending an existing creative partnership between Pegasus and the University.